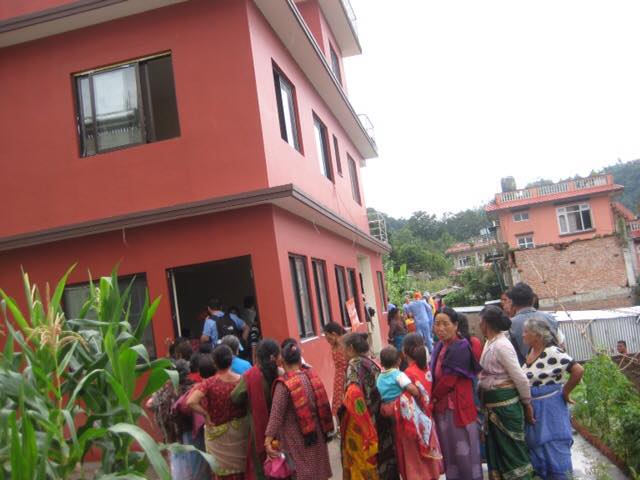 Mountain People Centre was opened on the 21st October 2015.

In the region of 100 people, from near and far, turned up.

One Hindu, requesting the spirits of the land to welcome the building and to bless those who pass through the doors. In addition a whole day Puja by three Buddhist monks contributed to the seriousness as well adding colour and sound to the proceedings. Earlier the land had been blessed, by a Hindu priest and the foundations by a Buddhist monk. A Shaman, whose religion dates back to pre Buddhism, dug and placed stones at each corner of the land, again to bless and protect.

The official unveiling was done by David, as our guests mingled, discussed, came with ideas and visited each and every room.

Dinner was served at Hotel Moonlight.